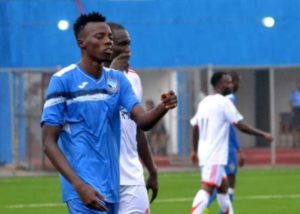 The 2020 CAF Champions League campaigners saw off competitions from other top four clubs in the league to secure the signing of the highly-rated striker.

The player was linked with the likes of Rivers United, Abia Warriors, and Kano Pillars, but he eventually put pen to paper for Plateau United over the weekend

The former Abia Warriors star signed the deal at the weekend after strong negotiation involving the player, his agent, and the club’s management.

Adetunji is a valuable addition to Plateau United’s attack, the former Lobi stars forward is now expected to help them challenge for the league and Champions League title next season.