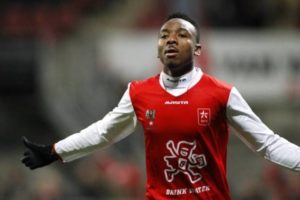 Nwakali was introduced in the 89th minute in the game which was his fourth league appearance.