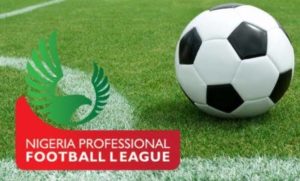 New Proposal for a 24- team NPFL for consideration at LMC/Club Owners AGM in Ikenne, Nigeriasoccernet.com gathered.

Authoritative sources at the League Management Company, LMC and Club Owners of the NPFL have confirmed a 24 team NPFL format proposal for consideration at the forth Coming LMC/Club Owners Annual General Meeting in Ikenne Ogun State.

The source disclosed that, with the latest development the 2022/2023 NPFL season is to be played in 2 groups of 12 teams each.

With 20 clubs already in the NPFL, a playoff will be conducted by the 4 relegated clubs and the 2nd place clubs from the four groups in the NNL for a super 8 in Awka stadium in Anambra to pick the best four to join the NPFL to make up the 24 teams.

It was also revealed that the new format was at the instance of the new sponsors and for the NPFL to end on time to align with international calendars and CAF Confederation championships.

A top official of the league body confirmed the proposal but said it was subject to AGM ratification.

The LMC and the Club Owners are expected to ratify the proposal in the meeting which will also be attended by the football committee of the Nigeria Football Federation.