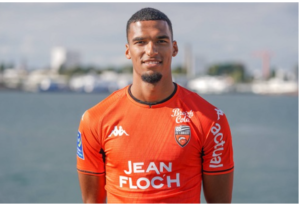 Germany-born defender Moritz Jenz has revealed why he chose to represent Germany over Nigeria.

The 23-year-old was born in Berlin to a Nigerian-born father from Bremen and a German mother. As a result, he is eligible to play for any of the three countries.

Jenz is currently at Celtic where is on loan from French Ligue 1 club, Lorient where Terem Moffi and Innocent Bonke ply their trades.

His football developmental phases were in Germany and England and he had his first feel of full professional football in Switzerland with Lausanne Sport.

The two-footed center back has impressed so far this season under Celtic’s Australian manager, Ange Postecoglou, scoring twice in five games for the Scottish champions.

While he has his eyes set on representing Die Mannschaft , his chances with his country of birth are slim and Nigeria can approach him through the Granny rule, a shoppingmode FIFA rule regarding the eligibility of a player playing for a nation other than the one in which he was born in.

“I qualify for Germany and Nigeria but I would prefer Germany because that’s where I grew up,” he told Glasgow Times in a recent interview.

“It is a great country to play for and hopefully one day I can make a couple of appearances, then maybe a couple more and then, who knows, perhaps play in a World Cup or Euros.

“But I need to do my best for the club first. That’s the most important thing and after that we can talk about the national team.

“I have a better chance of getting there playing here because it’s such a big club,”he added.