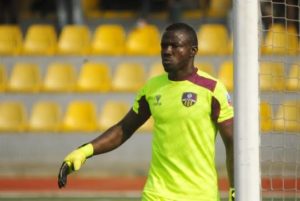 MFM FC goalkeeper, Folarin Abiodun has assured the fans of the Lagos club the team will maintain its topflight status at the end of the season, Nigeriasoccernet can report.

Folarin Abiodun urged fans to remain calm as they battle relegation while speaking with Football Live.

Folarin Abiodun also asked the fans to remain behind the players as they continue the fight for survival.

Of all the teams battling relegation, MFM FC chances of survival looks unrealistic but should result go their way, they will playing in the topflight next season.

Folarin cited the club had been in a similar situation in the 2014/2015 season, but turned things around to remain in the premier division.