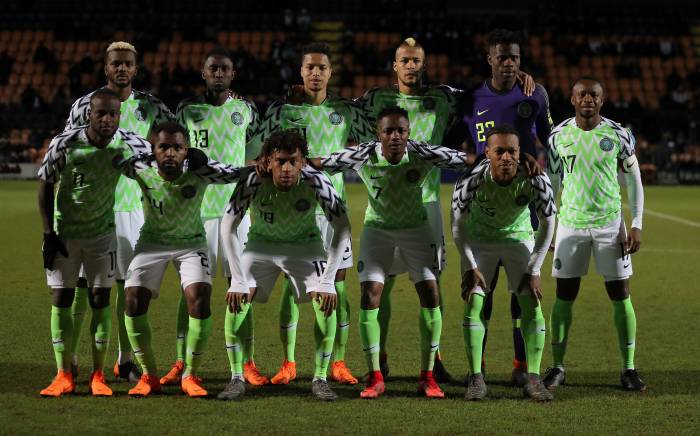 The Nigerian Super Eagles coach Gernot Rohr has plans to include two rising stars from the 2018 CHAN Eagles for the friendly matches lined up for the World Cup.

The coach was at Morocco looking out for new talents for his team during the recently held African Nations Championship.

He chose Defender Stephen Eze from the Bulgarian team Lokomotiv Plovdiv who put up a great performance during the tournament.

The 23 old player will join the Nigerian 28 man team for the scheduled World Cup friendly matches against Poland and Serbia.

His addition is expected to prove to be a great host to the team and can help them perform better.

It doesn't matter what game you love, the development is one that you surely cannot ignore.

We are not sure how the players ensure they are hydrated during the team workouts but we are sure they would need a lot of Yanga sports drinks to keep them fit.

Rohr also decided to invite forward Gabriel Okechukwu in the Nigerian side. 22 year old Okechukwu played for Akwa United and proved his worth to catch the coach’s attention.

He along with Eze finished as runners-up of Super Eagles B at the 2018 African Nations Championship (CHAN).

Why is it important?

Nigeria is preparing to play 6 friendly matches in a bid to get the required practice to take part in the World Cup in Russia.

The team will take on Poland on March 23rd at Wroclaw and compete against Serbia in Barnet, England four days later.

The rest of the four matches will be played later starting on 28th May against DR Congo in Abuja.

Nigeria will then take the fields with England at London on 2nd June and Czech Republic in Austria on 6th June.

The friendly matches will conclude on 22 June facing Iceland.

Nigeria has set its eyes on the Eastern European opponents so that the matches can help them prepare for the big game-Nigeria plays against Croatia on 16 June in the Group D opening match in Russia.

Other players have also been confirmed for the 6 matches to be held this year.

They include midfielder Joel Obi and striker Junior Ajayi from Egypt’s Al Ahly who are going to play side by side with the existing team.

Rohr also blended some experienced players in the side along with the young talents such as Premier League professionals like Kelechi Iheanacho, Alex Iwob, Victor Moses and Wilfred Ndidi.

Ademola Olajire, spokesperson of Nigeria Football Federation said the coach is making up a strong team so that they have a good chance in the World Cup.

The fans of Yanga sports are also happy to see their favorite players taking the side with young talents.

Nigeria may have a chance to prove their worth in the World Cup if they manage to get a good performance in the upcoming friendly matches.

For fans, the games also present a great opportunity to know their team strength and know just how good their team can perform.