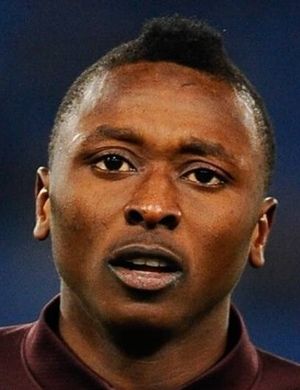 It is correct that Dortmund are in the market for a centre-forward as a replacement for Sebastien Haller, who will be out of action for several months due to testicular tumor.

However, The Black and Yellows have not held any talks whatsoever with the leadership of Almeria over the signing of Sadiq.

Romano claims that Villarreal are the frontrunners for the Football College Abuja product should he move on from Almeria before the close of the summer transfer window.

Sadiq has enjoyed a productive spell since his arrival at Almeria from Partizan Belgrade in October 2020, with a goal involvement of 60 (41 goals, 19 assists) in 81 all-competition appearances.

On the international stage, the 2016 Olympics bronze medalist was a member of the Super Eagles squad to the 2021 Africa Cup of Nations in Cameroon, where he scored his first senior goal in a group stage win vs Guinea Bissau.

The 25-year-old Sadiq has three years left on his contract with the Rojiblancos.