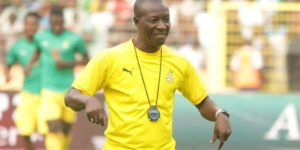 The Black Stars edged Nigeria to qualify for the World Cup in Qatar via the away goal rule.

The Super Eagles were favourites before the two-legged encounter, having had a better Africa Cup of Nations in Cameroon and had all their key players before the Black Stars clash.

However, a weakened Ghana team ended up qualifying for the World Cup ahead of a star-studded Nigerian team.

“We knew the Nigerians more than they had thought of us,”

The Black Stars will be hoping to replicate their impressive display at the 2010 World Cup in South Africa when they make a forth appearance at the Qatar 2022 World Cup in November.