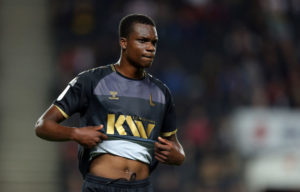 West Ham are eyeing a move to sign Deji Elerewe from Charlton in January according to a reports.

The Hammers have a truly brilliant crop of youngsters currently coming through at the London Stadium.

David Moyes deserves huge credit for his insistence on recruiting plenty of young and exciting talent.

And it seems as though the West Ham boss has his eyes on yet another addition for the under-23’s.

The 18-year-old defender who  is on the Hammers’ radar is very highly rated in South London.

He has already made four appearances for the senior side and has not disappointed.