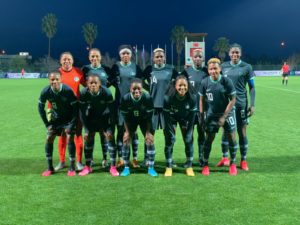 The secretary general of the Nigeria Football Federation (NFF), Mohammed Sanusi, said the football body was spot on with the appointment of Randy Waldrum as head coach of the Super Falcons.

Sanusi said this after the Falcons were crowned champions at the Turkish Women's Cup tournament in Antalya.

And Sanusi who last week presented the contract to Waldrum said in a chat with brila.netthat the early result is good for the team and one he hopes will continue as the NFF remains committed to the growth of all National teams in Nigeria.

"This is the kind of coach we need now that our football has gotten clear and other nations are catching up with us in terms of women's Football.

" I was excited too when I saw the kind of training he was giving and the rest of it. I said yes I believe we have gotten it right especially in the aspect that yes a coach like that will want to do the right thing."