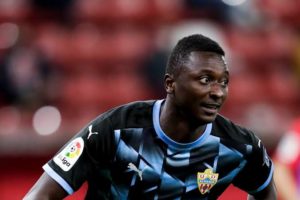 Super Eagles striker Umar Sadiq will have his hands full when the league starts on the 14th of August, Nigeriasoccernet can report.

The fixtures was released on the afternoon of Thursday 23rd June, 2022.

Umar will hope to replicate the his last season form that saw him score 18 goals against the European champions.