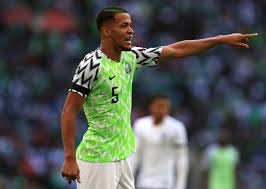 Super Eagles defender, William Troost-Ekong has revealed that late Stephen Keshi made him who he is in the senior national team.

The Watford star made this known via Watford’s youtube page, where he said that he would forever be grateful to him.

“Stephen Keshi is someone close to my heart,” Ekong said.

“He was my first manager with the Super Eagles. I made my debut under him, and then sadly, a few months later, he passed away, which was quite shocking at the time. And also being a central defender, he was a player I grew up watching and looking up to. He won the AFCON as a player and as a manager, had success with Togo as well.

“He was just a general very loving and caring person, so yeah, it’s sometimes difficult to come across people in the football industry that you can really relate to have a connection with. But from the first time he called me up to be part of his team when I was 21 or I think 22, it was already something special that I spoke on the phone to a legend.

“Then a few months later, when I met him, and he actually put me in the team to make my debut, yeah, it was unbelievable. So I feel indebted to him for the rest of my life, and yeah, I feel like I didn’t have a chance to really say thank you to him for that moment because he passed so suddenly.Because like I said, he is someone very close to my heart and yeah, an idol for me on and off the pitch,”