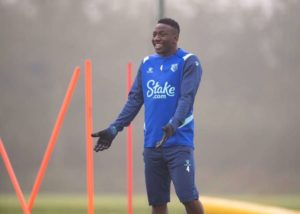 Etebo joined Stoke City from Spanish side Las Palmas in 2018 and the holding midfielder has spent two seasons away from the club on loan with the last at the Vicarage Road with Watford.

Despite having the intention of staying permanently at Vicarage Road, the club decided not to activate the buying options following their relegation to the championship.

Etebo thereafter returned to his parent club Stoke City and according to the report coming from the Britannia stadium the energetic Nigeria midfielder is likely to be sold this summer.

"In Peter’s case it’s two-and-a-half years on various loans. I think when it gets to that stage, in a player’s mind he’s already left the club even though he’s still contracted," Michael O'Neill told Stokeontrentlive.

Etebo scored a freekick for Nigeria in their recent record winning 10-0 against São Tomé and Príncipe in the 2023 AFCON qualifier played in Morocco.