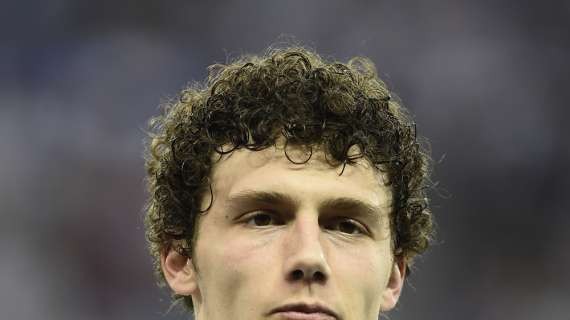 From Foot Mercato, the days when the supporters of the France team sang to the glory of the "glorious strike" of Benjamin Pavard (25) is over. Sensational scorer in the round of 16 at the 2018 World Cup against Argentina, the Bayern Munich defender has lost some of his splendor.

Repositioned right back for France, the former Lille was already the subject of a few remarks, especially on his defensive flaws. But nothing really bad. Since then, the situation has changed. A Bayern player since 2019, Pavard is seriously starting to get heckled in Bavaria.

Lately, his coach, Julian Nagelsmann, did not hesitate to take him back in public after a red card received against Greuther Fürth. And in the French team, the tide seems to have turned. Last summer, the French international (40 caps, 2 goals) had a very mixed Euro. And against Switzerland, some of his partners have shaken it up. The day before last night, during the Nations League final, Paul Pogba's rant against him did not go unnoticed either, forcing even Didier Deschamps to ask the Red Devil to calm down.

Moments later, after being replaced by Léo Dubois, Pavard appeared very angry on the sidelines, showing a palpable tension. La Pioche has since apologized, but in today's edition, L’Équipe indicates that Pavard’s status with the Blues continues to erode.

Right piston in the new 3-4-3 introduced by Deschamps, Pavard is not entirely satisfying. Offensively, his contribution is not strong enough and in defense his shortcomings in one-on-one continue to be singled out.

For the moment, the sports daily specifies that the French staff maintains its confidence in him and believes that Pavard must still make his mark in this new position. On the other hand, some of his teammates would doubt the qualities of the Munich player. Not easy to live with, especially since the competition is not tight, without wanting to disrespect the elements concerned. Benjamin Pavard is now warned: he will have to work hard to hope to regain an indisputable status.