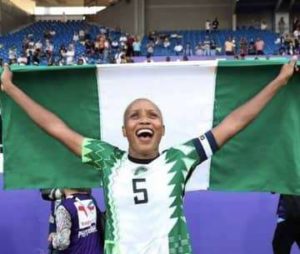 In the past, the award was for male players but the organiser have decided that female players would also be awarded and it will commence in 2022.

Ebi and Bayana Bayana's defender Matlou were selected from Africa.

"Ebi Onome has been selected by the Golden Foot Commission among the top 50 candidates for the 2022 edition of the Golden Foot. Congratulations Onome," the organiser stated.

Ebi who has appeared in the last four FIFA Women's World Cup is expected to be fit for the 2023 event in Australia and New Zealand.