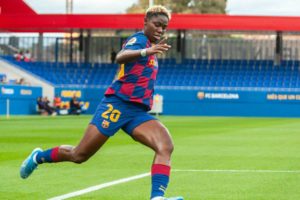 The World soccer ruling body on Wednesday  launched  what it dubbed ‘FIFA Sound’-a strategy to connect with audiences worldwide through shared passions of football and music jointly identified as universal language.

The project according to FIFA includes a new podcast series featuring Liam Payne and world’s leading football players and musicians with such as Ivan Rakitic, Carli Lloyd, Asisat Oshoala, Lele Pons, Tiwa Savage, Wretch 32 and Morat, among others.

“FIFA’s vision is to make football truly global, accessible and inclusive. The crossover between football and music underscores this wider cultural relevance. Both are universal languages and have the power to create unrivalled emotions. It’s a natural fit to bring them together,” Jean-François Pathy, FIFA’s Director of Marketing.

“It’s been fantastic to see the enthusiasm around the launch of this strategy, and we are excited about the opportunities that lie ahead to connect people through inspiring human stories.”

FIFA Sound is kicking off with the launch of an eight-episode podcast series.