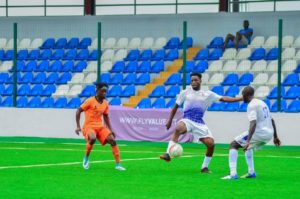 Kwara United new signing Paul Samson has promised his side will leave no stone unturned when they host AS Douanes at the first preliminary round of the 2022/23 CAF Confederation Cup in Lagos today.

Speaking exclusively to Nigeriasoccernet.com, Paul who newly joined the Harmony Boys from Abia Warriors said Kwara United are going all out for a resounding victory at the Mobolaji Johnson Arena today.

"We are set for the game and the fans of Kwara United should be expecting good result from us and definitely we are going to come out victorious because we are good to go," he said.

Paul also stated it was a great privilege for him to be with Kwara United at this point in time and he is ready to contribute his quota in helping the team achieve the desired results in Africa. 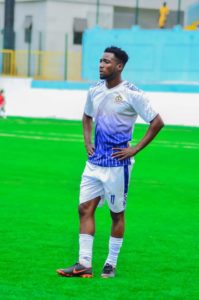 "It was my decision to switch from the East to the North and its a privilege to join Kwara United. Its a great achievement for me.

"I'm not just here but I'm here to add some good value to the team."

Paul will hope to break into the starting lineup of Kwara United when they host AS Douanes at the Mobolaji Johnson Arena Lagos by 3pm this Sunday.