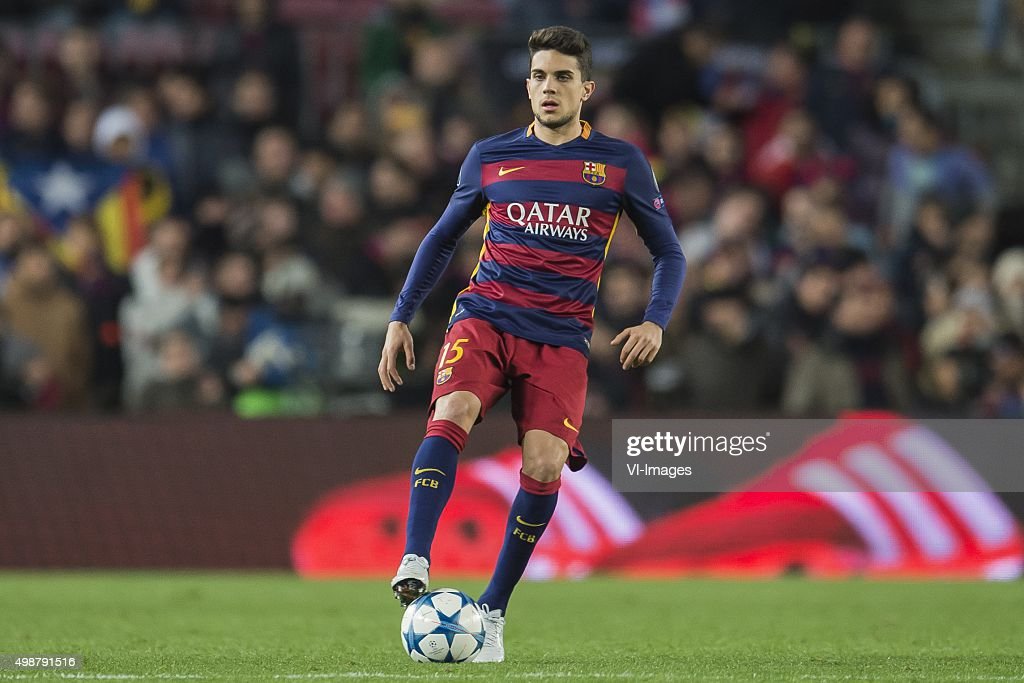 According to Spanish newspaper Sport, Tottenham Hotspur are looking to sign Barcelona defender Marc Bartra this summer, but face competition from Manchester United.

Bartra, 25, initially started out with Barcelona's city rivals Espanyol as a child, but moved Barca's famed La Masia academy at the age of just 11.

The centre back has made his way up through the ranks at the Camp Nou, and having made his first-team debut at just 19 back in 2010, Bartra has continued to develop in Catalunya.

Bartra has now made 99 appearances for Barca, but at 25, he may be looking to leave the club in search of first-team football, given that Javier Mascherano and Gerard Pique are Luis Enrique's first-choice partnership in the heart of defence.

Now, Spanish newspaper Sport suggest that Bartra is a target for a host of clubs, with Manchester United and Tottenham keen on the six-cap Spanish international, along with Porto.

Tottenham are set to return to the Champions League, and manager Mauricio Pochettino should have some money to work with in the transfer market, but signing Bartra would be something of a surprise.

Belgian international duo Jan Vertonghen and Toby Alderweireld have struck up a superb partnership this season, whilst Kevin Wimmer has filled in admirably for the currently-injured Vertonghen.

Bartra would surely only leave Barcelona for guaranteed first-team football, and it seems unlikely that Pochettino would break up the Alderweireld-Vertonghen partnership for Bartra, regardless of how impressive he can be when given a chance.

United may be a more realistic destination considering their problems in defence, and unless Barcelona can convince Bartra that his long-term future lies at the Camp Nou, they may end up losing one of their academy products this summer.