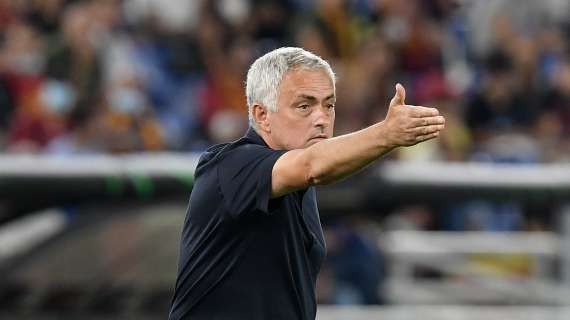 The two coaches have been at odds since Mourinho's first season in Italy, when the outspoken Portuguese manager was irritated that Allegri had won coach of the year with Cagliari despite Mourinho having just won his first Serie A title with Inter Milan.

Allegri blasted Mourinho as "pathetic" and "lacking respect" after moving on to AC Milan and then Juventus, while Mourinho resorted to loaded hand signals targeted towards Allegri's Juventus fans - most notably during a Champions League match with Mourinho's Manchester United in 2018.

Now that Mourinho has returned to coaching in Italy after more than a decade away and Allegri has returned to Turin after a two-season absence, the rivalry will continue on Sunday when Mou's Roma meets Max's Juventus.

It's also building up to be a crucial encounter, with Juventus having won three consecutive games before the international break after a poor start, and Roma meeting a championship challenger for the first time this season.