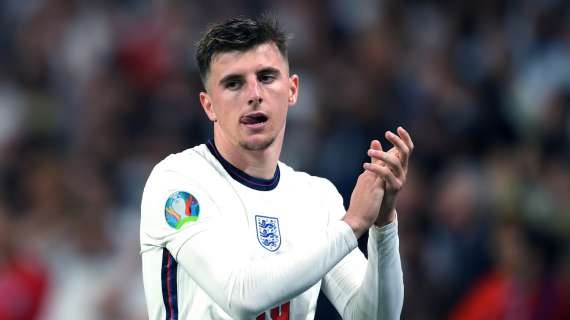 On November 29, at the Théâtre du Châtelet in Paris, the big winner of the 2021 edition of the Ballon d'Or will be known.

The 30 finalists were recently unveiled with a list that made people unhappy and aroused many reactions, especially concerning the big absentees of this final sprint.

Among the less flashy names that have nevertheless stolen their place from anyone is Mason Mount. The 22-year-old attacking midfielder, who won the Champions League with Chelsea and reached the Euro 2020 final with the Three Lions in recent months, spoke about this at a press conference on Monday.

"It was special," he first explained about his presence in the 30, before the meeting between England and Hungary on Tuesday (8:45 p.m.) as part of the qualifiers for the 2022 World Cup.

And Mount to continue. “Seeing this and being alongside these names is obviously a dream. After all the years of working hard, seeing something like this shows that it all pays off. It's just the start, it doesn't stop now."

Finally, the Blues player, aware that he is not one of the big favorites for the final victory, still hinted at a glimmer of hope to hear his name at the Théâtre du Châtelet in a few weeks.