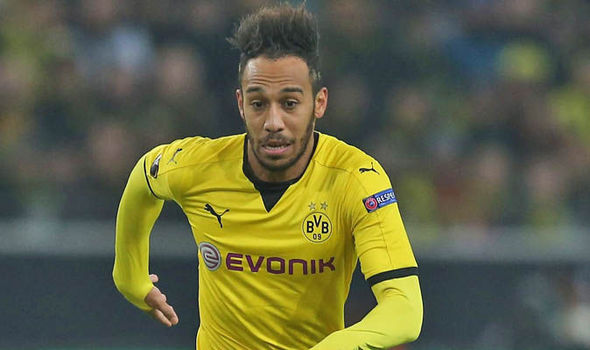 Aubameyang is one of the most coveted strikers in the world after hitting 30 goals in 34 games for Borussia Dortmund this season.

The 26-year-old was crowned African Footballer of the Year in January, ending four years of success for Yaya Toure.

Aubameyang scored the opener as Dortmund dismissed Tottenham 3-0 in the Europa League last night, afterwards admitting he would never join the North London side.

The Gabon international nearly moved to Spurs in 2012 but talks between the Premier League title challengers and his then club St Etienne collapsed.