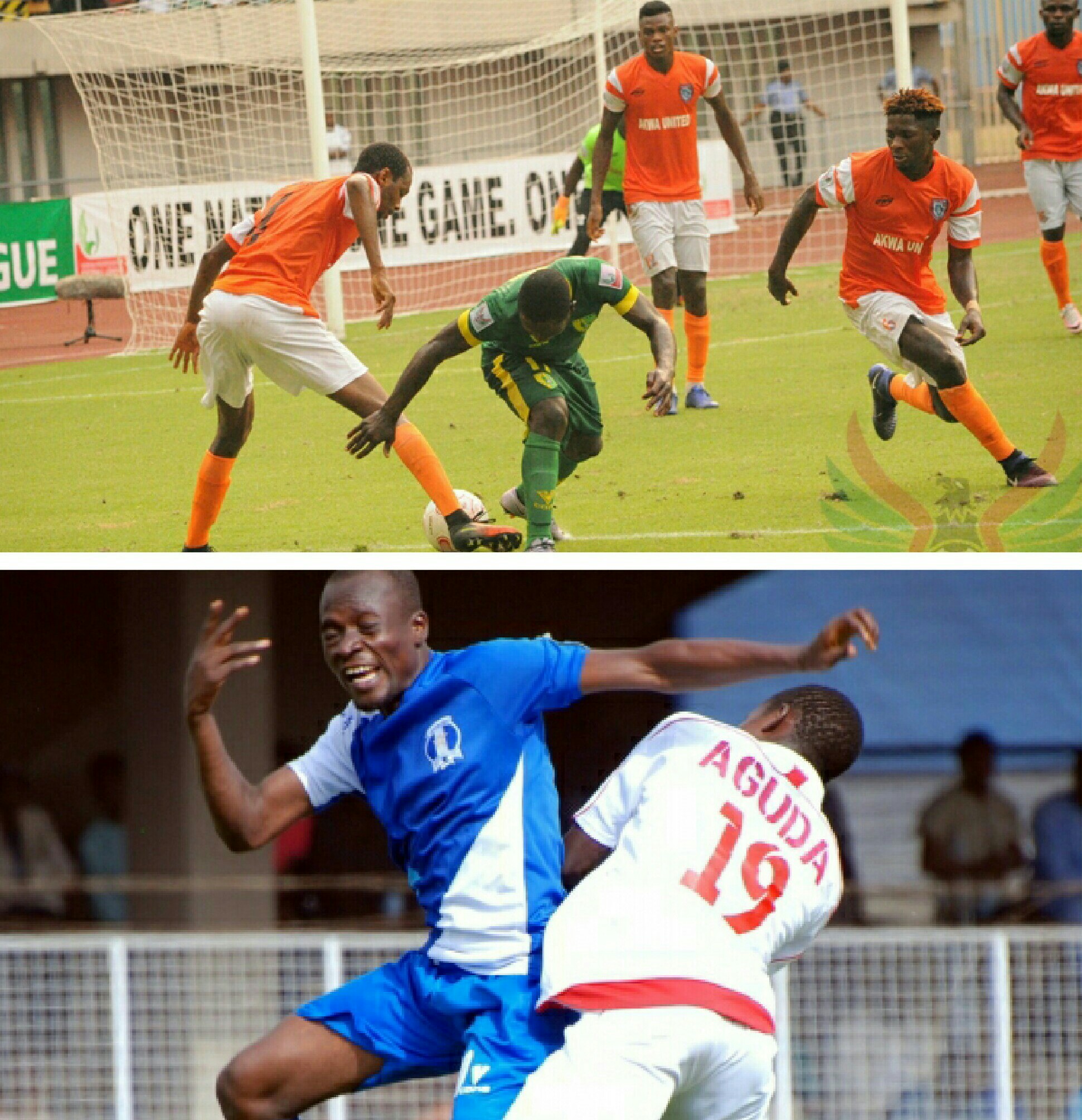 It promises to be a crunchy affair at the Rwang Pam Stadium in Jos on Sunday where current NPFL leaders, Plateau United will take on Akwa United in a top of the bill clash of matchday-28,  reports Completesportsnigeria.com.

Plateau United, unbeaten in all their 14 home matches so far this season, can extend their lead at the top of the Nigeria Professional Football League to seven points with a win over third placed Akwa United.

Second placd MFM who are not in action this weekend due to   their opponents, Rivers United's involvement in the CAF Confederations Cup, are two points adrift Plateau United.

Akwa United are five points behind Plateau United going into this fixture. Ibrahim Alhassan, the club's top scorer with 11 goals believes a win will not only close the gap at the summit but also boost the chances of his team for the landing the title.

"We are confident that we can spring a surprise to consolidate on our position," he told Completesportsnigeria.com.

In Enugu, Rangers International will look to bounce back to winning ways after last weekend's 3-1 loss to Lobi Stars when they take on Shooting Stars at The Cathedral,  Nnamdi Azikiwe Stadium on Sunday.

The defending champions are 12th in the log and could move into the top half of the table should they record their tenth win of the campaign at the expense of 18th placed 3SC who also need to win to move out of the relegation zone.

Seven-time champions of the NPFL, Enyimba of Aba will look to banish the horror of defeat when they take on Niger Tornadoes in Calabar.

A win for the People's Elephants will move them back into the top four provided Akwa United, El Kanemi, Lobi Stars and FCIfeanyiUbah failed to win.

At the Umuahia Township Stadium, Abia Warriors will aim to secure their 11th win of the campaign when they play host to Nasarawa United in a Matchday-28 fixture.  Earlier this season both teams played out a 1-1 draw in Lafia.

Nasarawa United are currently   ninth in the NPFL log after 27 games, amassing 38 points in the process. They will be banking on the trio of Thomas Zenke, Adamu Hassan and Abdulrahman Bashir to hand hosts, Abia Warriors, their second home defeat of the season. Abia Warriors are 11th in the log with 35 points from 27 games.

Four-time NPFL champions, Kano Pillars, 10th in the NPFL log are looking to hand Wikki Tourist their first home defeat of the season when they clash in Bauchi. Pillars are unbeaten in their last five games.

In other matchday-28 fixtures, ABS of Ilorin will host Sunshine Stars. Bottom placed Remo Stars have all to play for when they host FC IfeanyiUbah in Sagamu.

FC Ifeanyiubah are eager to maintain their new form which saw them beat Katsina United 2-0 last weekend in Nnewi.

Gombe United, on the back of their 1-1 draw at Nasarawa United, will look to make home advantage count when they host fourth placed El Kanemi Warriors.