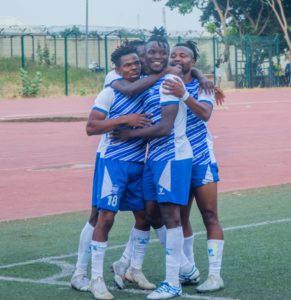 Doma United Coach, Akinade Onigbinde has disclosed that the win against Dakkada FC on Sunday was a very important one.

The newly promoted side from Gombe were one nil winners against the Orange Boys from Uyo courtesy of signing Emmanuel Luke Ogwuche early in the second half in the match day 3 fixture.

It was the Savannah Tigers first win of the campaign and a delighted Onigbende says it will be a propellant as the move on in the league.

“I am very happy, we are very happy with the result, it is a good result. We worked hard for it and the boys worked for it”

On what the first win means for the team, Akinade said “It is a very good win and it will be a morale booster to prepare well ahead of our trip to Wikki Tourist next weekend”.

Doma United travel to Bauchi for their matchday four tie against Wikki Tourist on Sunday 29th January, 2023 at the Abubakar Tafawa Balewa Stadium.