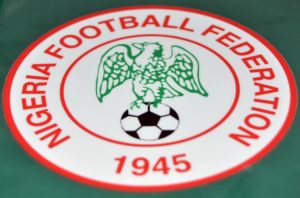 Incumbent chairman of the Anambra Football Association, Senator Ifeanyi Ubah had been re-elected for another four-year term. But yesterday, the football governing body in the country, the Nigeria Football Federation (NFF), came out to say that it has not conducted any election into the state’s FA.

In a statement, the NFF, through its Chairman of Chairmen, Alhaji Ibrahim Gusau, said what took place on Monday in Anambra State and “which some stakeholders styled ‘an election’ was a charade of very low grade, and the NFF would never recognize such a sham.”

Gusau added, “that was an act of brigandage and the NFF fully dissociates itself from it. The Electoral Committee sent to the NFF a letter which they received from the Anambra State COVID-19 Task Force, requesting that the elections into the State FA and the local football councils be postponed, in line with the situation in the country, as the ban on sporting activities and mass gatherings was still alive.

“The same Electoral Committee issued a press statement on Monday, July 27, 2020, informing the general public that the elections would no longer hold, and regretted the inconvenience that the sudden postponement may have caused the candidates, delegates, observers, stakeholders and the general public.

“In view of these, it is incomprehensible how anyone could have gone ahead with the charade they are calling ‘election’, and you begin to wonder who actually conducted the so-called election,” Gusau said.

Gusau, who is also a member of the NFF Executive Committee, added: “That was an affront on the government and the NFF will never be part of it. The Anambra State COVID-19 Task Force made it clear that there should be no such gathering. It is irksome, and let it be said without ambiguity that the NFF does not recognize such a sham and it cannot stand.” There were speculations yesterday that the state government would soon appoint a caretaker committee for the AnSFA.

Two top officials of the NFF and a state Sports Development Commission officer, who pleaded anonymity, vowed the re-election would not stand, describing Senator Ubah’s re-election as kangaroo.

The said election came amidst widely-announced postponement by the state government and the AnSFA Electoral Committee for 2020 State Board and Local Football Councils Elections.

The Commissioner for Information and Public Enlightenment, C-Don Adinuba, had, on Saturday issued a statement calling for the cancellation of the exercise, citing subsisting Anambra State Law on COVID-19, which bans all social gatherings including elections.

Earlier, the Head of the Media and Publicity Sub-committee, Obinna Dike, had announced the postponement in a statement on Sunday night in Awka.

Dike said the postponement was on account of the letter from the state government, which directed that the elections be shelved as it violated the extant law on COVID-19 protocols.

“The Electoral Committee has forwarded the said letter to the Anambra State Football Association.

“In view of this development, the Electoral Committee wishes to inform the general public that the election earlier fixed for July 27 and July 28 will no longer hold as scheduled.

“We regret any inconvenience this sudden postponement may cause to the candidates, delegates, observers, stakeholders and the general public,” the statement said in part.

The tenure of the executives began on May 2, 2016, but was extended for three months following the outbreak of COVID-19 and disruption of all football and sporting activities in the country

But in another statement yesterday, Ubah claimed that he has been duly re-elected, adding that he was set to revolutionise football in the state in the days ahead.

He pledged to harvest talented Anambra youths and use football as source of employment, adding, “The election was well attended by all legitimate voters of the association that returned me as the chairman unopposed with 22 votes. I want to thank the participants and delegates for this exercise. The good thing is that we complied to the COVID-19 protocols.”

He further noted that after the election, the newly elected FA members visited their grand patron, Prince Arthur Eze at his Ukpo country home, adding that the businessman donated the sum of N10 million to the new state FA.

Ubah was silent on the absence of senior NFF officials during ‘his election,’ but sources close to him said the issues would soon be resolved.