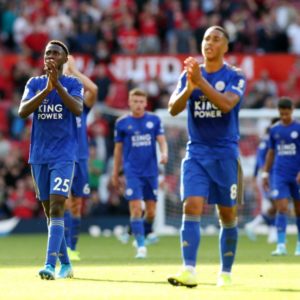 Wilfred Ndidi is confident that Leicester City will come back stronger after Manchester United put an end to their unbeaten run in the new season on Saturday at the Old Trafford, reports Completesports.com

Leicester City won two and and drew two of their opening four games of the campaign before the trip to Old Trafford. 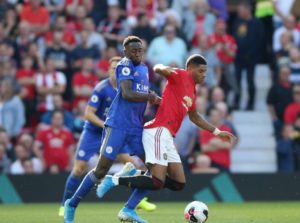 Brendan Rodgers’ men fought hard in the game despite conceding so early with Ndidi coming close to scoring the leveller late on.

The Nigeria international took to the social media to express his optimism on the chances of The Foxes ahead of their subsequent games.

”Better days ahead 💙🦊🙏🏾,” Ndidi tweeted on his Twitter handle.