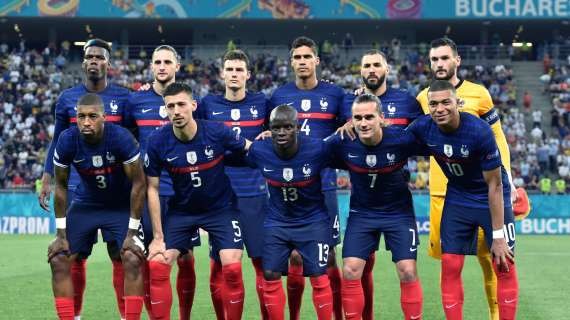 From Foot Mercato, thanks to the victory against Spain in the final of the Nations League (2-1), the France team not only won its second trophy under Didier Deschamps after the 2018 World Cup, but also pocketed a beautiful jackpot.

Indeed, according to information from RMC Sport, the French Football Federation will receive a check for 10.5 million euros from UEFA, including 6 million corresponding to the competition winner's bonus.

If we take out the travel and accommodation costs in Italy, that makes it 5 million euros. The part devoted to the team corresponds to 30% of the remaining sum, which brings us to 1.5 million, which the players and the technical staff will distribute equally between them, which will make them each around 55,000 euros, as during the crowned at the 2018 World Cup in Russia.

Regarding the medals, 40 copies will be distributed between the pro group that participated in the final phase (23 players) and the staff (17). However, players who only participated in the group stage, such as Olivier Giroud or N'Golo Kanté, will not receive a medal.