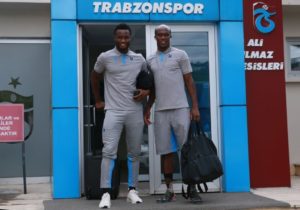 Former Nigeria captain, Mikel Obi is set to make his debut for Trabzonspor in the third qualifying round of the Europa League Thursday evening against Sparta Prague at the Letná Stadium (Generali Arena), Completesports.comreports.

Mikel who teamed up with his teammate last week made the trip to Prague from Trabzon aboard a Turkish Airlines charter flight Tuesday evening. 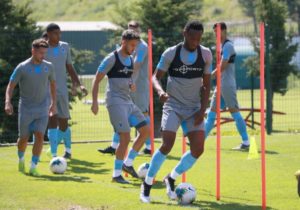 The former Chelsea midfielder who will be donning the Number-12 jersey at his new club was joined on the trip by Super Eagle striker, Anthony Nwakaeme while the third Nigerian at the club, Ogenyi Onazi is still recuperating following an injury he copped last season while playing for the club.

Mikel is eager to get his Trabzonspor career off the ground following a post on his instagram page early this week, and tomorrow evening’s game has given him the opportunity to do so.

Mikel started all 18 games he played for English Championship side, Middlesbrough last season after his free transfer from Chinese Super League side, Tianjin TEDA in January.