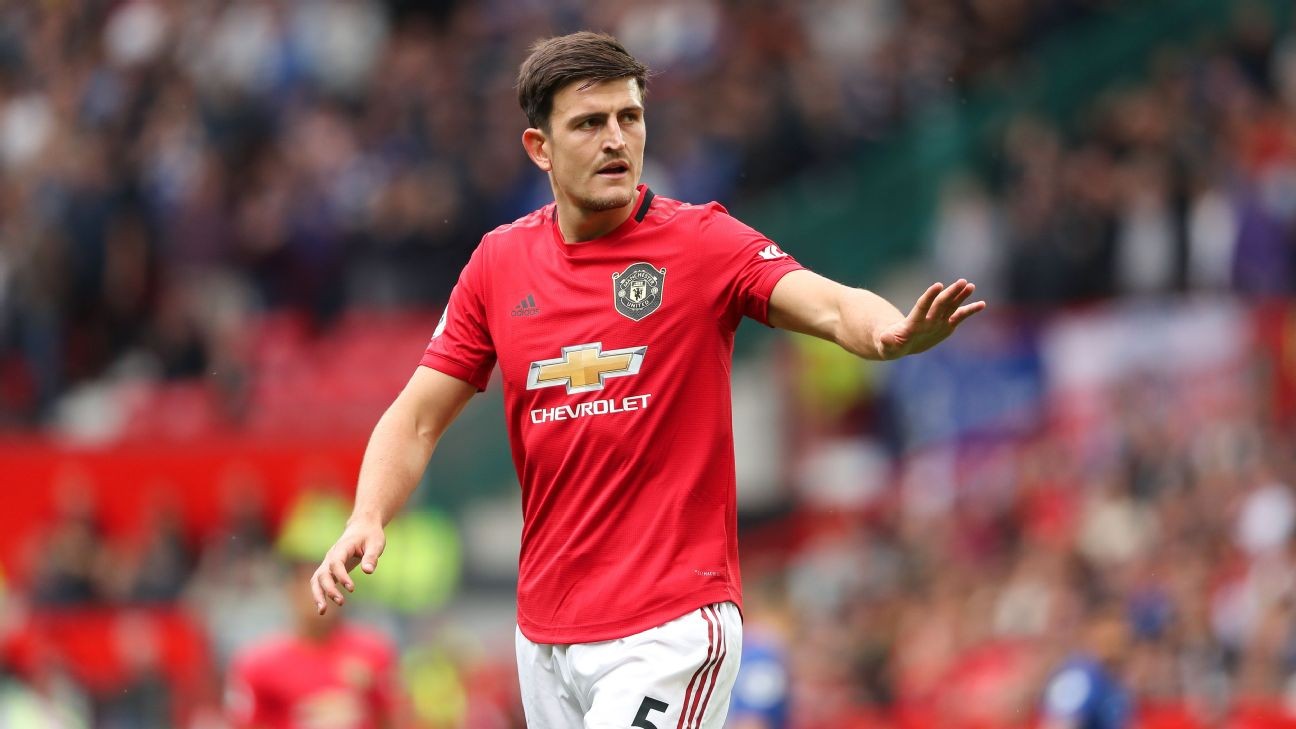 Matchday two of the Premier League season may be all-but done, but Liverpool have already opened up a gap at the top of the table. Here's how a topsy-turvy weekend unfolded.

Jump to: City sharper with KDB | What is VAR? Don't hurt me no more | Klopp flags Reds rotation | Chelsea's entirely predictable problems | Teemu sure can ... finish | Dyche fooling no one | Writing on the wall for Roy

Test of the weekend (and Monday night)

Monday night's game against Wolves might provide a better indication of how much Manchester United have progressed than their opening weekend win over Chelsea. Last season Nuno Espirito Santo's team beat United twice at Molineux, both games characterised by the movement and physicality of Diogo Jota and Raul Jimenez causing their defence all manner of problems.

After committing significant resources to solving this problem with the purchase of Harry Maguire, it will be fascinating to see whether the new recruit has genuinely beefed up United's defence, something that for all Chelsea's dominance of possession and impressive build-up play, they couldn't test significantly.

Performer of the weekend

The extraordinary thing about Manchester City last season is not how many points they got, but that they managed it without significant contributions from Kevin De Bruyne. The Belgian is a player who can do what few others are capable of, a case in point being the whipped, dipping cross that was so good the 5-foot-6 Raheem Sterling could hardly miss a header at the far post.

Without him, City were incredible. You almost don't want to think what they're going to be like with him.

VAR moment of the weekend

The problem with bringing in the video assistant referee with the promise to greatly reduce (if not entirely eliminate) clear and obvious errors from the officials is exactly that needs to happen. So when Erik Lamela put Rodri in a semi-headlock and wrestled him to the ground during Tottenham's 2-2 draw with Man City on Saturday, you wonder what the men with access to multiple replays saw that caused them to decide it wasn't a foul and penalty.

This would seem to be the exact sort of thing VAR was introduced for: An incident the on-field referee might not have been able to see or properly appreciate, but by any rational standards is an infringement. If they ruled that was not a foul, then it's fair to question what the point of the whole thing is.

Additionally, it's easy to write off the hand-ball that chalked off Gabriel Jesus' late goal as a separate issue to VAR, and place the blame on the new rule which states if the ball hits an arm at any stage of the build-up to a goal then it is ruled out, a rule that somehow manages to be ludicrously inflexible and infuriatingly inconsistent given the same standard does not apply for penalty decisions.

But the two are linked: For a start the rule is only enforceable because of VAR, but it also reflects the core problem with VAR, specifically the idea that football is now binary and being reduced to the completion of admin, the removal of common sense, emotion and humanity.

VAR is supposed to reduce or remove unfairness, and thus make the game more enjoyable. It's doing the opposite.

Theme of the weekend

"No player should play 50 or 60 games a season, especially not in these intense [midfield] positions," said Jurgen Klopp after Liverpool's 2-1 win over Southampton on Saturday.

"Give whatever you have and next game maybe somebody else will do the job and you will come on or whatever. That's the plan but we can only do that if they all stay fit."

This will almost certainly be the season when you have no idea what a manager's favoured first XI is, particularly at the top of the Premier League. The demands of so much football and so many competitions are such that the only responsible course of action for any manager is to rotate his players, and that is what Liverpool will do, in addition to the rest.

Flaw of the weekend

It probably wasn't that difficult to figure out what Chelsea's main weakness was going to be before the season. The club's transfer embargo was bad news for all aspects of their side, but in particular the forward line, Frank Lampard left with two options for the No. 9 role: Tammy Abraham and Olivier Giroud.

Neither are what you'd call goal machines, and after this weekend's 1-1 draw with Leicester the point was emphasised. Chelsea are playing good football but their ability to consistently score goals across the season will always be questionable. They had 14 shots on Sunday against the Foxes, five of them on target, only one of them went in. If they are to be competitive in any way this season, they must be more clinical.

Player of the weekend

It's obviously tempting to suggest that Teemu Pukki's four goals in two games, following his hat trick in Norwich's 3-1 win over Newcastle, as an anomaly and something that can't possibly continue. But while Pukki won't finish the league season on 76 goals, it is worth noting that you shouldn't underestimate the Finland international.

After all, this was a man who was underwhelming at Celtic earlier on in his career, and was initially signed by Norwich as a bustling No. 10, who would probably play behind Jordan Rhodes. A few games into last season Daniel Farke tried him as a No. 9, Pukki scored and really hasn't stopped since. Incidentally, Rhodes came off the bench in Sheffield Wednesday's 1-0 defeat at Millwall on Saturday.

The point is that Pukki has been surprising people for a while now, so it's best not to underestimate what he might be capable of in the Premier League.

Failed distraction of the weekend

When listening to Sean Dyche's complaints about diving in the Premier League, it was impossible not to think a couple of things.

Firstly, that this was merely a distraction after only a couple of minor incidents that could fall under the "diving" umbrella occurred in Arsenal's 2-1 win over Burnley, presumably designed to discuss that rather than Burnley's defeat.

And second, that at least one Burnley player has been booked for "simulation" in the four seasons since they returned to the top flight under Dyche.

Portent of the weekend

So far this season, Crystal Palace have collected a point when they should really have picked up three, and now lost 1-0 to newly-promoted Sheffield United. These are early days, but tipping Roy Hodgson to be the first manager out of a job this season wouldn't be the worst bet of all time.