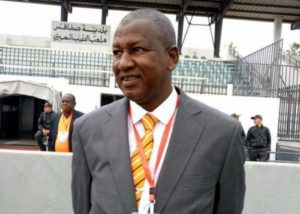 NPFL Side Plateau United coach Abdu Maikaba has stated that they need the required support to meet the target of semi-finals of the 2020/2021 CAF Champions League.

The former Akwa United coach admitted the 2017 NPFL champions will require even more backing and hard work to realize their last-four ambition in the competition – a feat which was last achieved by a Nigerian club – Sunshine Stars in 2012.

“They (Plateau State Government) gave us enough support, but actually, we have to work very hard to achieve that target,” he said. “Getting to the semi-finals (of the CAF Champions League) is not an easy task, and we have to work very, very hard. We have to be given all the necessary support to get there.

Plateau United’s bid to reach the semi-finals of the CAF Champions League next season requires adequate preparations amongst other things.

“So, we actually need the support of the government, especially the four clubs (Plateau United, Enyimba, Rivers United, and Kano Pillars) that will represent Nigeria. They should give us that support to actualize our objective,” he stated.