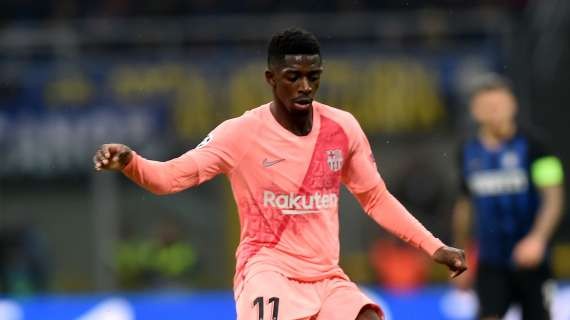 The Ousmane Dembélé issue still lags behind at FC Barcelona. Indeed, the Blaugrana management would still like to extend its French international winger (27 caps, 4 goals) under contract until June 2022, but the two parties would not be on the same wavelength.

According to information from Mundo Deportivo, the Catalan board would be wary of his agent, who would prevent the extension with his requests.

Still, the Spanish sports daily adds that the 24-man had emerged optimistic from the latest discussions with his managers Joan Laporta and Rafael Yuste (FCB vice-president), convincing that he could stay at Barca upon his return from an injury - contracted during the Euro this summer. With the departure of Lionel Messi from PSG, this is an opportunity for the former Rennes to take his responsibilities and regain his level of yesteryear, if his body allows it.