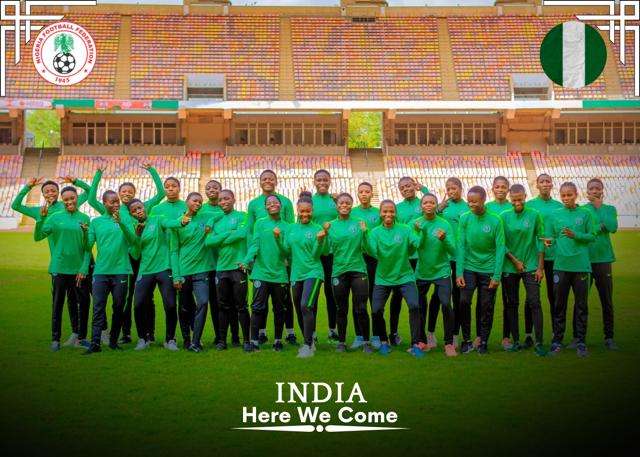 Head Coach of the U-17 Women's National Team(Flamingos), Bankole Olowookere, believes the Flamingos will not just make up the numbers at the FIFA U-17 Women’s World Cup, which will take place from October 11 to October 30 in India.

The coach believed that the team will arrive in India next week to start preparations for the World Cup finals.

The Flamingos have been practicing to the point of discomfort, according to Olowookere, who has been in camp in Abuja since August 30.

The Flamingos were drawn in Group B, which also features Germany, Chile, and New Zealand.

“We have been working very hard and playing a series of warm-up games and the response to training and game plan by the girls is what is giving me the optimism that we are going to India to do well.

“I know our group is a very difficult one with Germany, New Zealand, and Chile, but we will try and qualify for the knockout stage and forge ahead.

“I won’t say we are ready now but with the planned training tour proposed by the NFF and a little more tactical tweak in the way we played in the qualifying matches, we shall be a big threat to any country in India.

” I hope to trim the team to competition size before we travel probably next week.”

When questioned about his familiarity with Nigeria’s group rivals, Olowookere responded:

“I don’t know much, but the little we know we are working on.

“I hope to get clips of some of their qualifying matches to prepare for every game.

“We shall respect all our opponents, but we shall not fear them”

Prior to flying to India for the 2022 FIFA U-17 Women’s World Cup, the Flamingos are slated to camp there for one week and play one or two friendlies