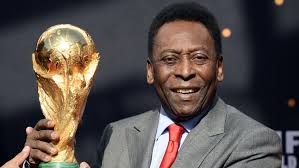 FIFA president, Gianni Infantino, has revealed the world football governing body will be asking all countries to name at least a stadium after the football legend, Edson Arantes do Nascimento, Pele.

The three times World Cup winner Pele passed away last week at the age of 82 after a battle with colon cancer.

Infantino according to Daily Sport, said countries will be asked to honour one of the all-time greats with the gesture.

“We are going to ask that all countries in the world have at least one stadium with the name of Pele.” Infantino said at the funeral.

Infantino explained that the reason behind this idea was “so that children know Pele’s importance. ”

The whole of Brazil began paying its respects to Pele today (Monday), as his coffin arrived at the stadium where he made his mark.