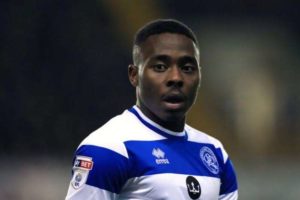 Turkish side Fenerbahce have announced Nigeria international  Bright Osayi-Samuel will join them at the end of the season on a four-year contract.

Rangers have been trying to get the winger to commit his future to the club for over a year, with his contract due to expire at the end of the current campaign.

The 23-year-old had looked set to join Belgian side Club Brugge in a deal worth £4.7m at the end of last season after Rangers accepted an offer.

However, after flying out to meet club officials Osayi-Samuel rejected the move.

But late on Friday night the Istanbul side, who are currently second in the Turkish Super Lig, trailing bitter rivals Besiktas on goal difference and in the hunt for Champions League football, announced Osayi-Samuel had agreed terms.

“Our club has reached an agreement with Bright Osayi-Samuel, a 23-year-old winger wearing the Queens Park Rangers jersey, for 4 seasons, starting from the 2021-2022 season.

Details about the transfer will be announced in the coming days,”reads the statement.

Rangers will be due a compensation payment unless the two clubs agree a fee.