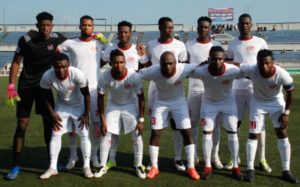 Rangers lost 4-2 away to Egyptian club Al Masry in their second Group A game on Sunday.

The defeat means Rangers have now lost their first two group games, and they are third on the log.

But Chukwu is confident the Flying Antelopescan still make it out of the group stage.

“I’m happy that it’s a group stage, it’s no more knockout stage and I believe we will bounce back,” Chukwu said on Brila FM.

“I believe Rangers will bounce back to what they use to be.”

It has not been the best of starts in the Nigeria Professional Football League  (NPFL) for Rangers as they have won just one of their five games, losing three and drawing one.

They have two games inhand following their involvement in the Confederation Cup.

They are currently in 19th position and on four points in the 20-team NPFL league table.