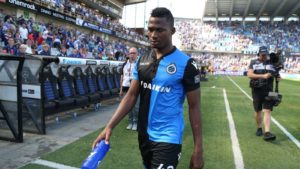 The Super Eagles are scheduled to take on Ukrainein an international friendly fixture at the Dnipro Arena on Tuesday.

Onyekuru became the latest player to withdraw from next week's encounter after Wilfred Ndidi and Tyronne Ebuehi opted out in order to recover from their injuries, while Kenneth Omeruo continues to process his work permit in Spain.

The 22-year-old, who joined Monaco from Evertonpermanently this summer, cited his inability to secure a resident permit as the reason for withdrawal from the encounter.

“It is true that I won’t be available for the match against Ukraine next week due to resident permit,” Onyekuru told AOI Football.

“I only arrived here less than a month and I’m yet to get my resident card, so if I leave now I won’t be able to return and will then have to apply for another visa to fly back to France.”