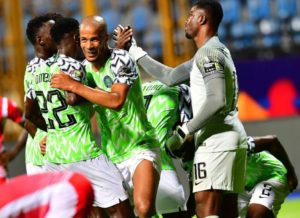 The Super Eagles qualified for the global football showpiece on six occasions with their best performances being Round of 16 finishes at the 1994, 1998 and 2014 editions.

Regarded as a specialist in African football having handled teams from the continent since his first stint with Guinea in 2002, he told Fifa the likely countries that would make it through to Qatar.

“I’d go for countries that have participated before in the World Cup like Nigeria, Egypt, Tunisia, Côte d'Ivoire and Cameroon. Nor should we forget Algeria, who won the Africa Cup of Nations,” Dussuyer told Fifa website.

“Then you have teams that could spring a surprise, such as Mali, who have made huge improvements recently and who I’d consider a dark horse in these qualifiers.”

The 61-year-old opened up on his return and how his style of play paid off.

“My first stint with Benin was good on the whole. I spent two years with them and we qualified for the Africa Cup of Nations,” he continued.

“Since I returned, we’ve tried to adopt a style that suits the team. We worked together until we reached the level that took us to the quarter-finals at Egypt 2019. This didn’t happen by accident, and we played very well as a team.”

To achieve their ambition of qualifying for their maiden World Cup, the West African country must first qualify from Group J that includes Congo DR, Tanzania and Madagascar.

Nevertheless, the former Guinea and Cote d’Ivoire coach who admitted that zone is a hard-hitting one believes his side can build on the last eight finish at the 2019 Africa Cup of Nations to build for the future.

“The group is tough, as we’ll be facing three teams who appeared at the most recent African finals. Congo DR are a very strong team who came very close to qualifying for Russia 2018,” he added.

"Madagascar were the dark horses of Egypt 2019 yet reached the quarter-finals on their tournament debut. Tanzania have also made enormous progress of late and took part in the most recent Cup of Nations.”