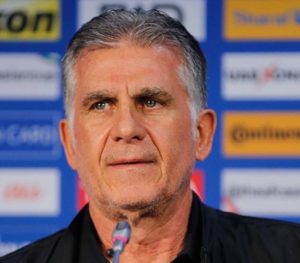 Egypt’s national coach Carlos Queiroz says there is the possibility of Guinea-Bissau beating the Super Eagles of Nigeria in their AFCON 2021 Group D game on Wednesday.

The Djurtus thought they had equalized but Mama Balde’s superb volley was overturned by VAR after he was adjudged to have fouled an Egyptian player in the buildup to the goal.

It was Egypt’s first win of the tournament following their 1-0 defeat to the Super Eagles last Tuesday.

For Guinea-Bissau, they must now beat the Eagles to stand a chance of progressing into the round of 16.

And Portuguese coach Queiroz believes with the way Guinea-Bissau played against Egypt, they can shock the Eagles.

“Guinea-Bissau gave us headache in the whole game, I think if they play like that against Nigeria they can win the game,” he said in his post-match presser.

Egypt will face Sudan in their final group game and will advance into the knockout round if they claim all three points.