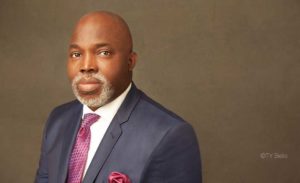 Nigeria Football Federation (NFF) president Amaju Pinnick is keen to resolve financial challenges at home ahead of his personal bid to fill join the Fifa Council.

Pinnick is one of the candidates for African seats on the Fifa Council.

He and 12 other hopefuls have successfully undergone integrity checks by world football's governing body before their participation in March's continental poll.

Head of the financially stricken NFF, which receives direct funding from the government, Pinnick is keen to resolve the pay issue dating back to the continental showpiece event in Egypt back in 2019.

"The quest for a Fifa council seat is in the interest of the continent and as the head of Nigerian football I must ensure all is well at home, too," he told BBC Sport Africa.

"It's a kind of government responsibility to pay the players and the [Nigerian] president is very keen on helping to sort it.

"I was in Abuja and I found out it's only a matter of the modalities delaying paying the allowances and bonuses, any moment from now it will be sorted out."

The national team players have been waiting 19 months for their unpaid bonuses and allowances, while coach Gernot Rohr is being owed five months salary and goalkeeper trainer Alloy Agu demanding over 22-months of unpaid wages.

Pinnick, who had previously promised to resolve this issue, acknowledged the debt to players and coaching staff, and has decided to put the welfare of his employees and players before personal ambition.

"With the pandemic and challenges facing oil companies, things have been tough for our sponsors Aiteo, who are responsible for the payment of coaches," he added.

"But we've moved to pay Alloy [Agu] nine months of his wages from what we have left and coach Gernot too will be sorted. We don't want to owe and that is the mentality in which I came into the NFF.

"There are circumstances beyond our control. It is not a good thing to owe and we don't like the image it creates.

"We are looking at every means not to owe. The toxic atmosphere has really affected our sponsorship drive but we can't give excuses.

"We are working religiously and assiduously to resolve this as soon as possible."

The poor financial position of the NFF has already forced the country to cut their backroom staff and slashed the salaries and allowances of the various national team coaches, excluding Super Eagles manager Rohr.