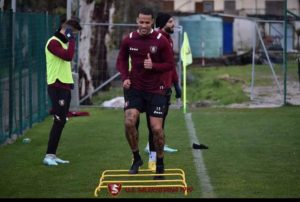 New Salernitana defender, William Troost-Ekong has set his target on beating the drop with the club, Nigeriasoccernet.com gathered.

The Nigerian international after joining The Garnets from Watford expressed his joy on returning to Italy once again and while hoping he'll remain in the country, he wants to help Salernitana maintain their topflight status.

"It's a difficult period for the club and it can happen to anyone, as they have young but strong players," Ekong said in his first media chat.

"Both the English and Italian leagues are difficult, the Premier League is perhaps faster, with no breathing space.

"It was a good experience for me, I'm coming back to Italy to improve even though I'm 29, I already have the experience.

"My goal is the same as the team's, staying in Serie A."

Salernitana currently occupy the 16th position on the log after 19 league matches.