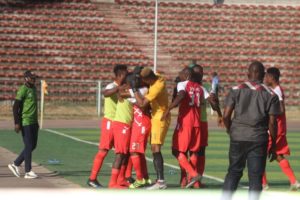 Wikki’s quest for survival in the NPFL has been lifted as  Sale Ibrahim came off the bench to score what gave Wikki Tourist all points to boost their chances of surviving relegation to the lower league. The win is Wikki’s third at home in a row.

Nazifi Yahaya had given the home side the lead at the half hour mark after he ended a fine solo from Idris Guda Mohammed.

However, with two minutes to halftime, Kareem Abdoulaye leveled scores after he nodded in a corner.

The game seemed to be heading to a draw until the 73rd minutes when Sale Ibrahim struck in a rebound after Mustapha Abdullahi’s shot was saved by Loveday Anugbuo.

Wikki Tourist won many free kicks but were poorly executed with Udegha, the main culprit.

The visitors should have taken the lead early from open play but Musa Bashiru shot over the bar.

Wikki will visit Rangers in next MatchDay while Dakkada will host Heartland FC.