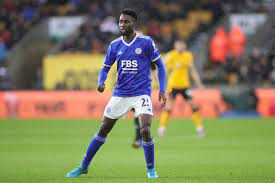 Nigeria is just four matches into the reign of new Portuguese manager Jose Peseiro but things are looking positive in terms of what has been displayed on the pitch.

While the Super Eagles have a lot of outstanding players with an incredible pedigree, one of the most notable absentees is Leicester City midfielder Wilfred Ndidi.

The hard-tackling midfielder has not been sorely missed but there is no denying his influence in any team.

The influence of Wilfred Ndidi cannot be overemphasized. His special ability to cover a vast amount of space within seconds keeps his team from being exposed to swift counterattacks.

The Leicester City midfielder possesses huge energy and mobility that is so difficult to replicate.

It is safe to say that Nigeria does not have an adequate replacement for Ndidi yet but let's take a look at which midfielder has the ability to replicate the 25-year-old's influence in the Super Eagles.

The Rangers man is certainly good for the role technique-wise but nowhere near Ndidi when it comes to ball-winning.

His tackles in the deep areas of the pitch are sometimes reckless so his skills are better utilised up the pitch.

Wilfred Ndidi is arguably the most important midfielder for Nigeria and it is no easy task to replicate his influence.

While Etebo has the skills to try, he is better as a roaming number eight. Onyeka is also good for the role but his concentration can be found wanting in that position at certain times.

Bonke is the one who has similar ground traits to Ndidi but his aerial weakness will have to be overlooked.

The Stoke City midfielder is an outstanding recycler of the ball. His passing and ability to hold on to the ball are crucial for sustaining pressure on opponents.

He screens the defence excellently but isn't a hard tackler and cannot cover vast amounts of space.

The Lorient man is a natural defensive midfielder. He breaks play at will and has the engine to cover ground quickly.

Although he commits fouls often, his tackling is very strong and calculative. His aerial prowess is quite average.

The Brentford midfielder is naturally a central midfielder but can also function as a defensive midfielder depending on the tactics.

He has a lanky stature, is very physical and has good upper body strength that is needed for 50-50 duels in the midfield.

Onyeka loves to use his long legs to make well-timed interceptions from the opposition's forward passes.