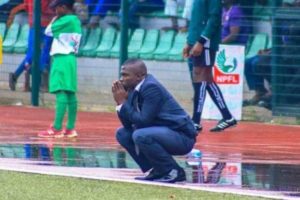 Heartland FC coach, Fidelis Ilechukwu, has stated that his side is playing matches to get set for the start of the December 6th kick-off date of the Npfl league season of 2020 /2021.

He said that now, they are playing some of the grassroots teams, and very soon by next week, they will take it a bit higher to start engaging the NNL and some premier teams in preparing for the start of the league season.

“We have a lot of grassroots players and what we did, we have started playing some grassroots games, probably by next week we will stretch it further to start playing with the bigger team may be, the amateur or the Nnl teams.”

“So, I think we are getting ready but I know we are not there yet because we didn’t start on time but I know we will get there soon,” he said.