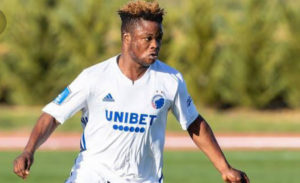 Some players in the Nigeria Professional Football League (NPFL) have praised the invitation of some of stars in the division to the Super Eagles for the upcoming international friendlies with Ecuador and Mexico.

Reacting to the invitation of the local players, Shooting Stars forward, Wasiu Alalade, said: “This is huge because it’s not a CHAN team, but the main squad. I hope this continues.”

Also reacting to the development, Rivers United captain, Festus Austin noted: “I’m sure the invitation will go a long way in motivating the local league players.

“Indeed, it’s a huge encouragement to the league and its pool of talent. This will also create a healthy competition amongst players in the NPFL.”