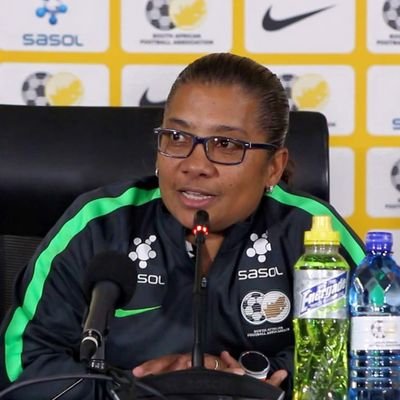 The Super Falcons were given a dose of their medicine as they shambled in defending the ball in the box in the second half.

Banyana Banyana stole the night on Monday at the Hassan Moulay Stadium in Rabat, Morocco with a 2-1 win, with two goals from Jermaine Senoposenwe and Hildah Maigia within two minutes and a late one from Rasheedat Ajibade, handed them the 3points to the delight of Ellis, her assistants and indeed the team.

"We forced them to play long balls and we knew we can force them to make mistakes at the back which they did, the players deliver our plans," said Ellis

“This is a very big win for us as a team. We needed to get this result because it sets the tone for the rest of the tournament. We had a meeting before we started training to talk about our goals and ambitions. We want to qualify for the World Cup and win the title here”

“We know what happened in 2018, but we have matured over the past four years and there are changes in our team. Jermaine played about four positions today. That is the versatility we have now as a team.”

Banyana Banyana could be the first team to qualify from the group if they beat Burundi on Thursday in their next game while the Super Eagles will face The mares of Botswana.