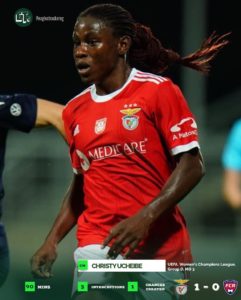 Portuguese giants Benfica were one nil winners against Sweden's number one, Rosengard in the UEFA Women's Champions League. on Thursday night. 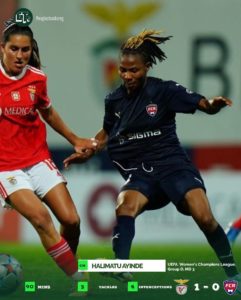 Both lasted the duration of the match for their respective clubs.

Claudia Pina in the 66th minute made it three for Barcelona.

Oshoala was introduced in the 69th minutes of the game. She replaced the first goal scorer, Geyse.

With this victory, Jonatan Giráldez's side have placed themselves first in the group D with maximum points ahead of Bayern Munich who have garnered six points.

While Benfica with three points and Rosengard with no point sit third and fourth respectively in the same group.

Barça Femení will return to the Spotify Camp Nou on December 21 to face Rosengard.