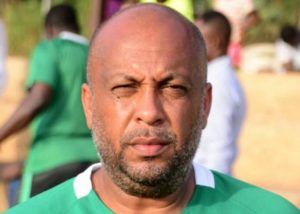 The Flying Eagles of Nigeria played a goalless draw with Junior Mena of Niger Republic at the ongoing 2018 WAFU U-20 championship in Lome, Togo on Sunday.

The game at the Stade Municipal stadium was Paul Aigbogun-led team’s first game after arriving the tournament venue behind scheduled.

Despite dominating the game, the flying Eagles failed to find the back of net as they wasted several scoring opportunities

The Junior Mena now top Group B with four points after two games, while the Flying Eagles are second with a point.

On Wednesday, Nigeria takes Ghana who lost to Niger Republic on Saturday.