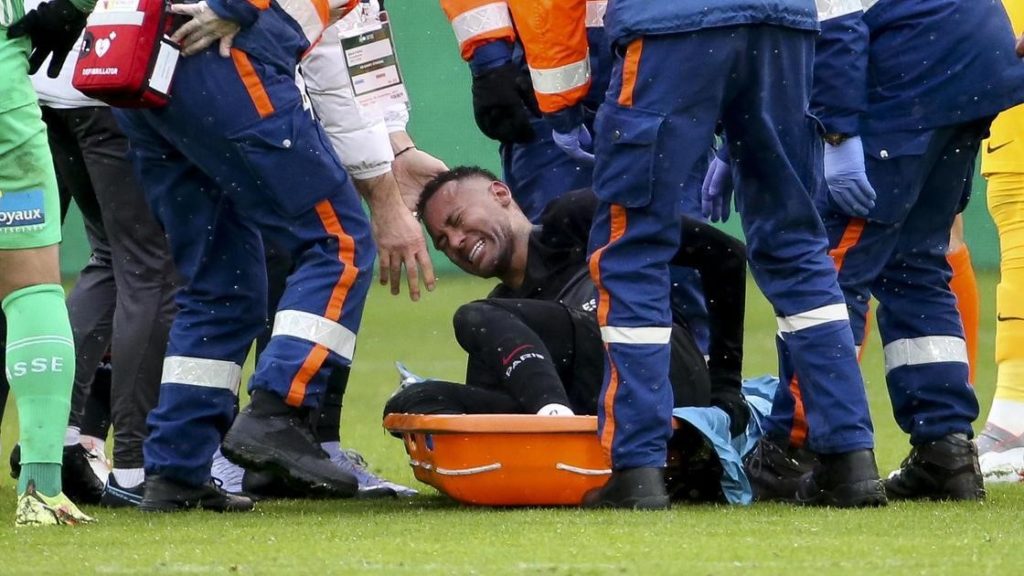 Football is one of the most famous games on our planet. So many different teams from over the world are trying to conquer the fans’ love and the champion title. So much beer is drunk on the final match day. In so many words, emotions are involved. Of course, so many injured players get on the field. If you would love to root for your best team and bet for its winning the best choice is 22Bet bookmaker in Uganda. Test it on your own and feel the adrenaline.

Unfortunately, football is not without injuries. There are several reasons for this. The rudeness of the opponent, lack of physical readiness, poor condition of the field, and low air temperature all of them influence the game and the players. There are many factors that can affect the health of a football player as well.

Most often it is expressed in a sprain when the foot after an injury turns inward. Such damage is not only painful but also dangerous. If it is not properly treated, a football player will not be able to play at full strength for a long time. Ankle sprains can be relatively mild or severe, and even ligament ruptures can occur. Sometimes just a tight bandage and anesthesia in place is enough, but often there is a need for hospitalization.

In addition to twisting the ankle, rather severe fractures often occur in the ankle area, requiring long-term treatment and recovery.

This is also a common injury that many football players suffer from. As a rule, the most unpleasant thing that you have to deal with in this case is stretching or even tearing the muscle fibers of the back of the thigh. Not only is this trouble quite painful, but it can also incapacitate the player for several months.

Such muscle damage usually occurs due to insufficient warming up of the muscles before the game or as a result of the player's lack of physical fitness.

The knee is one of the most vulnerable places of a football player because it is always mobile in the game and it is always subject to large motor loads. There are several major injuries that have the most severe consequences. They are cruciate ligament rupture, a hamstring injury, up to rupture, and meniscus tear.

All these injuries are serious and require long-term and thorough treatment. More about them will be discussed a little later.

Researchers identify several different mechanisms that can injure a leg. They are running across the field, falling as a result of a collision, hitting the ball, intercepting the ball, blocking, etc. Almost 40% of lower limb injuries in football are contact injuries. Moreover, goalkeepers get them even more often than defenders. Midfielders and attackers get their injuries most often while running and hitting the ball. However, clashes between defenders and goalkeepers are not uncommon.

An unpleasant injury is expressed in the stretching of the inguinal muscles. The cause of such a nuisance can be both a sharp sweeping blow to the ball and periodic overloads. In the second case, the football player feels these pains periodically, after some time they can disappear, then come back again.

Such injuries are also the result of insufficient warming up of the muscles before a game or training, as well as poor physical fitness of a football player.

Also, such injuries are classified by varying degrees of severity. In especially difficult cases with numerous ruptures of muscle fibers, one has to resort to surgical intervention.

The pain, in this case, appears almost instantly, and the knee begins to swell. It is difficult to fully straighten the leg. This very problematic injury can be obtained by falling, hitting the knee, and jumping. With any severity of this injury, you must immediately replace the player, you can not continue the game. Most often, treatment will require surgery and a long recovery. Usually, the full rehabilitation of a football player lasts 6-9 months. An accelerated procedure can lead to complications.

A painful injury that may result from a contact collision, fall, or bad jump. Recovery depends on the location of the break. The most severe option is damage to the tendon itself with the presence of severely damaged areas that even have to be removed during the operation.

In such cases, the recovery and rehabilitation of a football player can take up to 10 months.

How to Avoid Injury?

Of course, it is impossible to prevent absolutely all injuries in football, as in any other sport. But experts are sure that it is possible to reduce their number due to perfect medical equipment and constant monitoring of the state of the player's body.

But the footballer himself must prepare himself for the game responsibly. He should warm up his muscles, and prepare physically. Much depends on such self-control. Keep yourself healthy and stay strong!