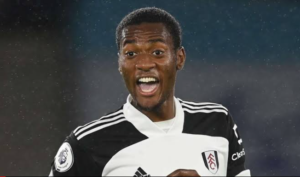 Philippe Clement is keen to replace Benoit Badiashile, who joined Chelsea for a reported £32.7m fee before the end of the transfer window.

The 25-year-old has made 12 starts in the Premier League this season for Fulham, who are challenging for European qualification.

Nevertheless, according to transfer expert Fabrizio Romano, Adarabioyo is not certain to see out the season in West London.

Romano says that Adarabioyo is open to departing Fulham for the right opportunity during the January transfer window.

Monaco currently find themselves five points adrift of the Champions League places but beat Ajaccio 7-1 in their most recent fixture.

Since making the switch to Craven Cottage for £2m in October 2020, Adarabioyo has established himself as a key player, making 90 starts and three substitute outings in all competitions.

The former England U-19 international has less than 18 months remaining on his contract, effectively leaving all parties at somewhat of a crossroads with regards to the next phase of his career.