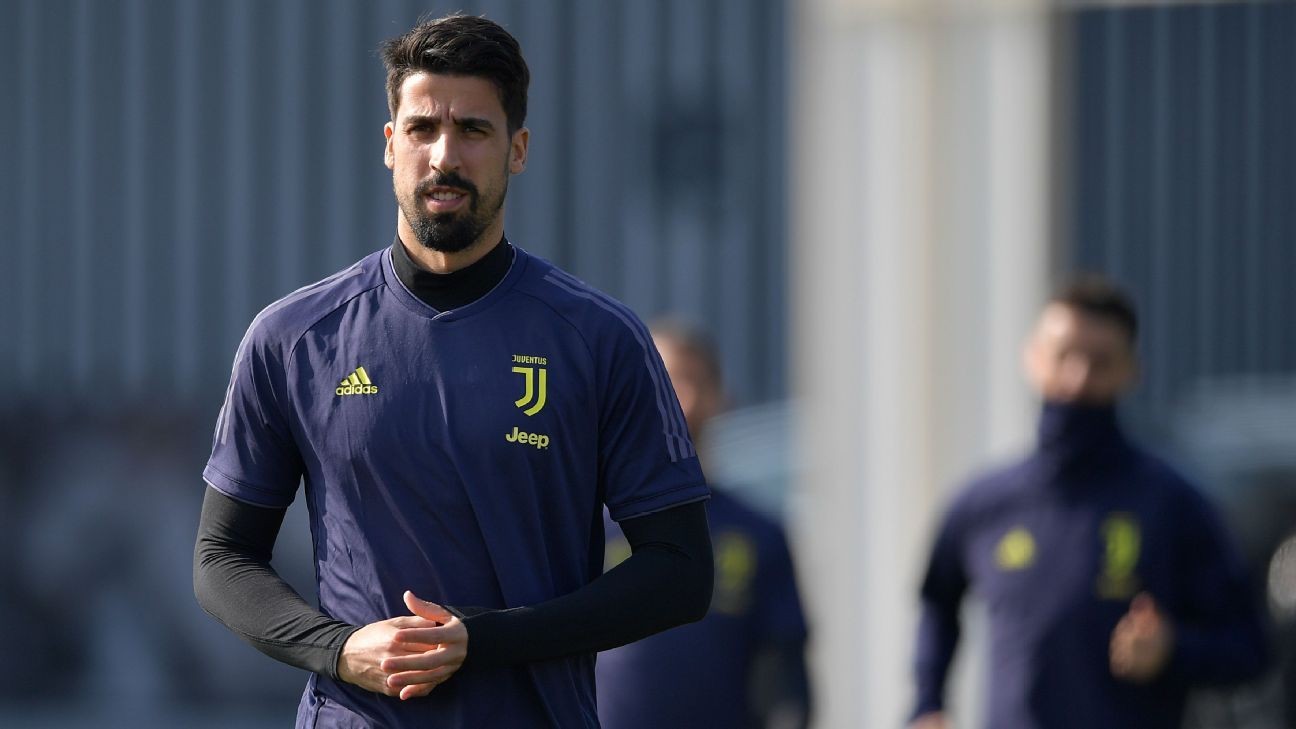 The coronavirus pandemic has made the transfer market uncertain -- and you can find out when the windows open and close here -- but here are the rumours floating around Europe's big leagues and beyond. Plus, check out all the latest major completed transfers across Europe.

Sami Khedira's contract looks set to be terminated at Juventus and Manchester United are interested in signing him, according to The Sun.

What are the best defensive transfers by position since 2000?

Khedira, 33, joined on a free transfer in 2015 after leaving Real Madrid but made just 18 appearances for the Bianconeri last term after struggling with injury.

After the signings of Weston McKennie from Schalke and Arthur from Barcelona, the German is set to drop down the pecking order in Turin and the club could save a reported €6m in salary per season by letting him go.

United are keen to bolster their midfield and have been linked with a number of players, including Valencia's Uros Racic.

The report says "Around £25m was offered up front 00 an improvement on the second bid, which included around £10m in add-ons.

"Burnley have told West Ham their bid is still significantly lower than their valuation for the player, who has a £50m release clause in his present contract."

A deal is imminent with Reguilon having already undergone a medical ahead of signing a five-year contract with Spurs. Real Madrid will have an option to buy back the player in the next two seasons for €40m, while sources told ESPN that Manchester United were interested.

Reguilon, 23, is tied to Los Blancos until June 2023. He spent last season on loan at Sevilla, making 31 league appearances, and helped the Andalusian club win the Europa League.

play1:39 Ogden: Bale returning to Tottenham is positive for all involved

Mark Ogden explains what Gareth Bale could bring to Tottenham and why Man United won't be concerned.

Gareth Bale will return to Tottenham Hotspur after the north London club secured a season-long loan deal for the Real Madrid star worth £13 million, according to the Daily Mail.

As reported by ESPN on Tuesday, Tottenham moved ahead of Manchester United in the race to secure Bale's services for the 2020-21 Premier League campaign. The Mail's report now claims that Tottenham have agreed to cover half of the Welshman's whopping £500,000-a-week salary.

Bale's agent told the BBC that talks are "slowly progressing," but added that "Gareth is closer to leaving Madrid than at any time in the last seven years.

"We are still negotiating. We shall see how it goes."

It would seem Manchester United's pursuit of highly-rated Borussia Dortmund winger Jadon Sancho has aided Spurs' efforts to return Bale to his former club. The report claims that Ole Gunnar Solskjaer never made a move for Bale because of his stance regarding Sancho.

Leicester closing on Under deal

Leicester City will succeed in their efforts to sign winger Cengiz Under away from AS Roma before the window closes, according to The Leicester Mercury.

The speedy Turkey international was the subject of interest from both Manchester City and Arsenal in the not-so-distant past, but a move away from Roma and Serie A never materialised.

The 23-year-old has struggled with injuries and a revolving door of managers in Rome, but when fit his combination of direct play and pinpoint crossing were likely two of the traits that caught the eye of City boss Pep Guardiola.

With Roma in need of funds, Leicester have seen an opportunity to add Under to an already talented squad, with the report suggesting a loan with an option to buy the most likely scenario to bring him to the Premier League.

Man City to focus on La Liga duo over Koulibaly

Koulibaly has been on City's radar for some time and a €60m offer for the 29-year-old was rejected earlier this month. It has since been reported that Napoli will accept an offer in the region of €80m -- a fee considered too high by Guardiola.

Consequently, Sevilla FC's Diego Carlos and Atletico Madrid's Jose Gimenez have caught Guardiola's attention. The Guardian's report states that should Napoli fail to lower their demand for Koulibaly, then City will instead bid for either Carlos or Gimenez.

There is one snag though, both players come with hefty release clauses. Gimenez's is said to be £109.8m while Carlos' is reported as £68.7m.

- Liverpool manager Jurgen Klopp wants to add two more players to his squad before the transfer window closes on October 5. The claim comes from The Athletic, who today reported that Klopp has asked for one or two more signings to be completed despite financial restrictions imposed by the coronavirus pandemic. Among Klopp's targets are Bayern Munich midfielder Thiago Alcantara and Watford striker Ismaila Sarr.

- Manchester United and Leicester City have halted their efforts to sign AFC Bournemouth midfielder David Brooks after learning of Cherries' pricey valuation. Bournemouth are understandably keen to sell the 23-year-old following the club's relegation from the Premier League last season. According to the Sun, the £50m valuation of Brooks appears to have put off both United and the Foxes for now.

- Scottish Premier League champions Celtic are on the verge of capturing Charlton Athletic defender Alfie Doughty for £800,000, according to Football Insider. Determination appears to be paying off for the Hoops after two previous bids for the 20-year-old left back were rejected. But Celtic's latest offer will be too good to refuse for League One outfit Charlton, who were relegated from the Championship last term.