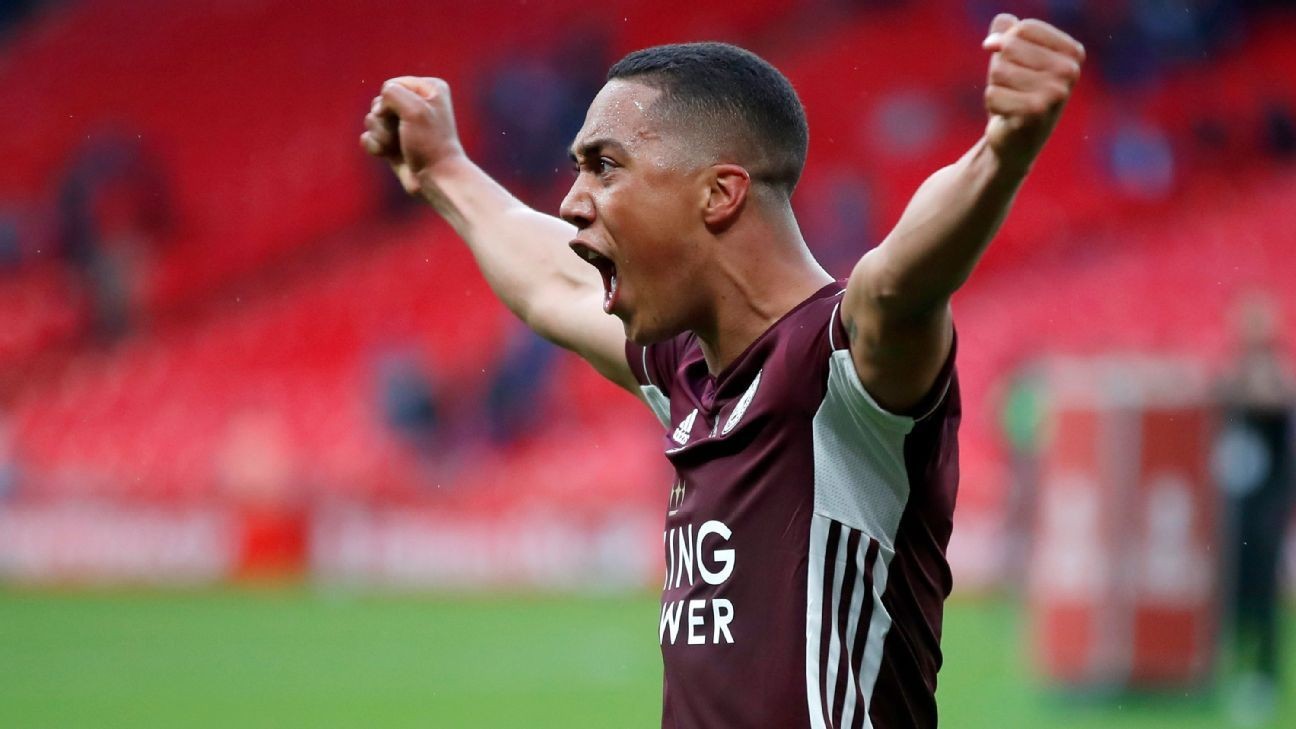 The January transfer window might seem like a distant memory, but that doesn't mean the rumour mill has shut down! Speculation over summer moves is heating up, so check out the latest gossip below, and see all official deals here.

Leicester City are opening negotiations to renew the contract of breakout star Youri Tielemans, according to journalist Fabrizio Romano.

The 24-year-old has been instrumental in Leicester's recent success, none more so than his thunderous strike at Wembley against Chelsea to secure a 1-0 victory and the Foxes' first FA Cup in their history.

- Stream ESPN FC Daily on ESPN+ (U.S. only)
- Messi on the menu at Barcelona's new restaurant

The Belgium international has featured in every league game this season for Brendan Rodgers' side, having scored 10 goals. He has also been a key figure in for Roberto Martinez's Red Devils team, featuring 37 times since his international debut in 2016.

Transfer dominoes: How could one big move impact the window?

With a potential good showing at the upcoming European Championship, his value may rise along with potential suitors. The midfielder's deal runs until 2023 after joining from AS Monaco on an initial loan then a permanent in 2019 for £40.5 million.

The deal would earmark Rodgers' and the club's intent going forward and continuing to build in the summer.

Romano additionally mentioned Leicester's intent to keep hold of Wesley Fofana. Like Tielemans, the 20-year-old has had a breakout season at the King Power since joining from Saint-Etienne last year.

- Manchester City have been given Lionel Messi's contract terms for if they wish to sign the forward this summer. The Sun report that the 33-year-old is looking for £500,000-a-week after tax as his contract expires at the end of the season and an extension with Barcelona not getting any closer. The deal, marking up £25m-a-year, would make the Argentina international the best paid Premier League player. City and Paris Saint-Germain are said to be the only two who could feasibly afford the forward.

- Eduardo Camavinga is still a priority for Real Madrid this summer, according to Marca. The 18-year-old Stade Rennes sensation has been linked with many of Europe's top clubs this summer, however the Champions League semifinal loss to Chelsea has apparently forced the hand of the Madrid hierarchy to shake up their midfield balance. It's believed that the finances could be a potential issue and the Los Blancos are worried they could be priced out of a move with Bayern Munich believed to be the frontrunners in the race.

- Everton are willing to listen to offers for Mason Holgate in a bid to raise funds for Kalidou Koulibaly. Football Insider report that Holgate has not been able to convince Carlo Ancelotti despite the 24-year-old signing a five-year contract last March. It is believed that Napoli's Koulibaly will be a target at Goodison Park for next season, the 29-year-old has worked with Ancelotti before in his time at the Serie A club back in the 2018-19 season.

- Newcastle United are monitoring Leeds United forward Tyler Roberts, according to Football Insider. The 22-year-old only has a year left on his current deal at Elland Road and is yet to agree an extension with the club. Steve Bruce is said to be weighing up a move for the Wales international, who Leeds value at around £10m.